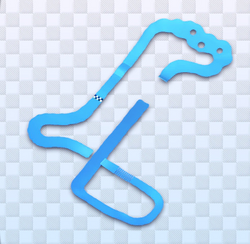 It also has four different track variations, which is selected randomly each time, reminiscent to Excitebike Arena. The track theme changes and setting changes to match each season.

The staff ghost kart setup for this track is Isabelle driving the City Tripper with Slim tires and the Paper Glider.

The track starts in the town square and heads out towards a bridge over a river. Rounding a bend after this takes the player to a spot covered in trees. If they hit them with a kart or an item, they'll cause some fruit, which act as mushrooms, to fall, similar to the Animal Crossing games.

After this, there is a glide pad. This takes the player over a fountain where some Item Boxes are attached to balloons and an archway made up of balloons. Going under the arch leads to a beach. After this, racers will then pass a museum, and find Resetti, who seemingly takes the place of Monty Moles, unless it's winter. Going around the curve, they'll reach the starting line again. 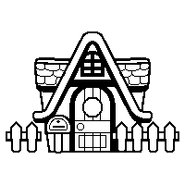 A Stamp for this course. 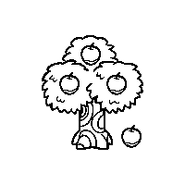 Another Stamp for this course.

The end of the track.

Dry Bowser racing on the track.

Koopa Troopa racing on the track.

Mr. Resetti appears near the end of the track.

A male villager, along with several other racers, racing on the track.

A view of the track; the Museum can be seen.

A male Villager near the end of the track.

Yoshi and Isabelle racing on the track.

Mario and a female Villager on the beach.

Rosalina, racing on the track.

Isabelle, and two Villagers, by the starting line.