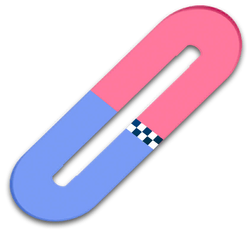 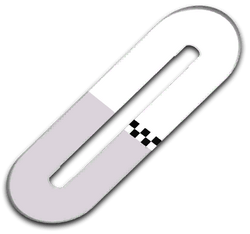 In Mario Kart: Double Dash!!, the staff ghost kart setup is Baby Mario and Baby Luigi riding a Goo-Goo Buggy with a time of 01:11.108.

In Mario Kart DS, the staff ghost kart setup is Toad in the Mushmellow.

In Mario Kart 8, the staff ghost kart setup is Baby Mario riding the Biddybuggy with Standard tires and the Super Glider.

This track's layout is a plain simple oval (similar to most NASCAR tracks, but reversed) with one side in pink and the other side in blue, supposedly cotton-candy colors. There is also an amusement park themed background and the music sounds excitingly wacky, also resembling Toad Park from Mario Sports Mix. All Green Shells and Red Shells can go over the middle, making this course destructive and exciting.

All racers must do seven laps, making this the first of two tracks with a new set of laps attached to it. The second is Wario Colosseum with two laps. It is the shortest course-for-lap ever and therefore it is possible to 'overlap' someone multiple times, taking roughly eleven to thirteen seconds per lap.

In Mario Kart DS, the lap count was reduced to five and the roller coaster was removed due to the graphics limitations of the DS.

The track makes a reappearance in Mario Kart 8 as the first track in the Crossing Cup. It is heavily renovated, as it now takes place in a theme park. The track now moves up and down and uses Anti-gravity when the karts go up and down. Baby Park also has the least amount of possible collectible coins on the track, at 16. Baby Mario and Baby Luigi now have their shirts and dungarees.

An aerial view of the track.

A screenshot of the starting line.

The start of the race with a Rocket Start.

Mario and Toad racing in the track.

Wario and Toad in the track racing.

Dry Bones racing in the track. 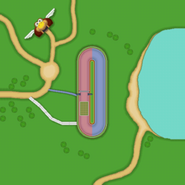 Baby Daisy racing in the track.

A male Villager racing in the track.