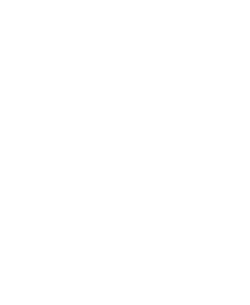 DK's Jungle Parkway is the first track of the Special Cup in Mario Kart 64. It is a jungle environment based on various levels in the Donkey Kong Country series.

This track returns in Mario Kart Wii as a retro track in the Leaf Cup. The expert Staff Ghost on this course is Donkey Kong in the Phantom or the Flame Flyer.

The beginning section starts out with a short straightaway and into a right U-turn. The track then leads onto a riverboat, on which a large dash panel ejects racers to the other side of the river. A sharp left turn must be made so you don't run into a wall. From here, a long section of straight track is righted by the river, which poses a threat to light characters like Toad. After this, the parkway takes several winding turns through a parkway, lined by grass. If a player drives in the grass, spiky fruits come flying out of nowhere and hit the driver, although this is actually kinda helpful, because they bump you back on. However, if you're in Time Trial mode, the coconuts erase your chances of saving a ghost. After this, a waterfall must be passed my traversing a rickety, narrow wood bridge, perfect for laying Banana Bunches and firing Green Shells. The bridge leads to a dark, gloomy cave. Sticking to the track can be safer, but you are not slowed down by the off-road part, so take it. The cave exits just in time for the finish line.

On Mario Kart Wii, the track is basically unchanged--the graphics are better, the big jump now acts like you have entered a cannon, fruits have been removed, the cave now has an off-road part, and the water is now orange (most likely because it's evening). But other than that, it's the same old thing.

Apparently, a glitch shortcut is found in the bit after the bridge to the cave. To perform it, a driver should drift through the wall at the right area; they will then fall into the cave. Upon crossing the finish line again, it will be counted as a lap, even though the driver did not go all the way around the course. When it returns in Mario Kart Wii, that shortcut is removed. However, in both games, there is a shortcut over the mud in the same area. Originally, all karts could perform this shortcut. In the Wii version, an item that increases speed (such as a Mushroom or Star) is required for it to be effective.

In "Mario Kart 64", if you boost at the start, drift, and hop off the edge at the beginning of the track, and fall at the right place, lakitu puts you on the bridge in front of the cave, saving you time.

Peach and Toad race on the bridge.

Retrieved from "https://mariokart.fandom.com/wiki/DK%27s_Jungle_Parkway?oldid=66681"
Community content is available under CC-BY-SA unless otherwise noted.