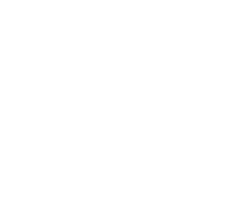 Daisy Circuit is the first track of the Star Cup in Mario Kart Wii. It begins around an area near the sea, where some twists lead to two circle turns that meet together like an 8. In the first of these circled pathways, there is a statue of Luigi and Daisy, arm in arm, dancing together. There is also a statue of Baby Luigi and Baby Daisy playing together in the other. Later in this course, there is a tunnel. After exiting the tunnel, racers pass a lighthouse and maneuver a U-turn before returning to the starting line. The course is raced at the time of sundown because the sky is a little pink and mostly orange. In the background on a part of the track is the Daisy Cruiser. This is the first course in Star Cup. This track belongs to Daisy (hence the name).

The race starts on a slight bend to the left as it enters its first turn. There are multiple turns in the first corner, creating a street of many turns, but you can simply drive right through the middle of all of them. After the first turn, you have a choice to take a left turn followed by a right turn around a lighthouse into the fountain section, or you can take a shortcut through the lighthouse, which gives you a boost panel and an item at the end, driving onto the right side of the first fountain. However, one must have a mushroom for the latter or go shroomless, which is a bit slower. At the fountains, you can take two different turns that create two circles around both fountains. On the right side, there are traffic cones that appear in your way, and hitting them can slow you down. Shortly beyond that are a line of boxes, which also appear on the other side as well. After the fountains, you enter a section with a low roof, which starts with a sharp right turn, with traffic cones around the edges. After the sharp turn, the track straightens out for the rest of that section. You take a small left turn out of the tunnel into the last bit of the track. Next, you take a very sharp u-turn to the right, along with collecting the last boxes of the course until the next lap. You can also take the outer track, which is slightly more elevated, but a lot slower than taking the turn normally. Finally, you take one last left turn 90 degrees right to the finish line. On the last turn, you can take the normal route, or you can take the elevated route, which takes the last turn a lot sharper than the normal route.

When racing with a Mii, either A or B, many of the racecourses change in appearance, replacing Mario characters with Miis from the player's Wii console. In Daisy Circuit, when racing with a Mii, instead of Daisy and Luigi in the fountain, it is a female Mii where Daisy is supposed to be and a male Mii where Luigi is supposed to be. The Female is still wearing Daisy's dress and the male is wearing Luigi's overalls. By the second fountain, there are two random Miis replacing Baby Daisy and Baby Luigi in the Fountain.