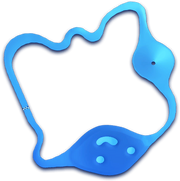 In Mario Kart: Double Dash!!, the staff ghost kart setup is Yoshi and Birdo riding a Turbo Yoshi with a time of 01:50.755.

In Mario Kart 8, the staff ghost kart setup is Peach riding the Standard Bike with Slim wheels and the Super Glider.

Dry Dry Desert takes place in the middle of an arid desert with an Egyptian-style soundtrack. It is very humid, and the entire track is a dry, sandy road. The darkest sand is considered "out-of-bounds", and if a racer ventures near it, they are re-spawned. It introduces Pokeys as moving obstacles that cause spin-outs when touched. If hit by a powerful item (such as a Starman), they will topple over. Also featured is a prevalent Tornado that will move along the track in the opposite direction, sucking up racers and Items in its path.

Near the middle of the track, a huge depression lies in the center of the road. The sand falling down the steep slope sucks any racers that come to close down with it into the center of the pit, where a gigantic Piranha Plant hungrily awaits any victims who are unfortunate enough to get trapped. There is a similar track in Mario Kart Wii called Dry Dry Ruins.

Dry Dry Desert reappears in Mario Kart 8. Many new features have been shown to be in the course, including the pillars from Dry Dry Ruins in Mario Kart Wii. The hill section of the course has been removed and replaced with an oasis instead. The tornadoes have been removed from the course entirely. The Pokeys no longer wear flowers on their heads, also, the quicksand pit no longer has a Piranha Plant but rather sucks players to a bottomless pit. It is now a playable stage in battle mode (Wii U only).

The Dry Dry Desert battle course has been removed from the Nintendo Switch port.

The circular pit of the course.

The Big Piranha Plant lives inside the quicksand pit.

Waluigi and Peach racing at the track.

Rosalina drifts at a portion of the track.