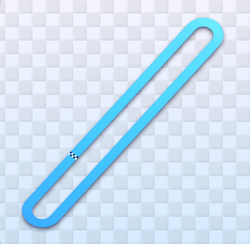 Excitebike Arena is the second track of the downloadable Egg Cup in Mario Kart 8. Its format is a loop with many ramps. The track's layout seems to change every time you play the course.

The staff ghost kart setup is Mario driving a Standard Bike with Slim tires and a Super Glider.

It is simply a huge oval, much like GCN Baby Park, but longer and larger in its width. It has many ramps and mud spots, much like original Excitebike tracks.

Signs featuring the Japanese & European box art for Excitebike can be seen throughout the course, as well as a large statue of an 8-bit biker sprite on one end of the track.

This track is unique in the fact that the layout changes every time a race starts. Every layout consists of many different segments with jumps, ramps and mud spots that change position and height. According to the director of Mario Kart 8, Kosuke Yabuki, there are over 200 different course layouts. However, a standard layout is used on time trials.

A collage showing some layouts of the course.

Several characters preparing themselves as the race starts.

Cat Peach near the finish line.
Add a photo to this gallery

Retrieved from "https://mariokart.fandom.com/wiki/Excitebike_Arena?oldid=59902"
Community content is available under CC-BY-SA unless otherwise noted.