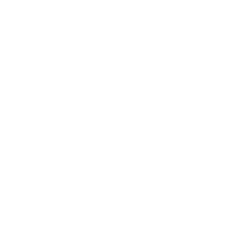 Ghost Valley 2 is a course from Super Mario Kart for the SNES (Super Nintendo Entertainment System) and is a tricky course because there are parts with no railings and parts with railings that only support 1 hit.

It is ghost-themed, being very similar to Banshee Boardwalk. The track is very dark and made out of wood, with Boos flying around. Also, the existing railings on the track will fall off when racers hit them, making a hole. After the second sharp, there are some existing railings beside a small hole. One can jump off of the gap and do a trick but it does not save the player a significant amount of time. There is only one dash panel in this course, located just before the starting line. This dash panel can be considered a trick, as the players who use it will jump at the jump pad in front of it, thus forcing them to avoid the Item Box. It is similar to other Ghost Valley tracks in Super Mario Kart.

The track is changed a little as far as the map, but the same basic turns are still there, along with falling walls. Ghost Valley 2, along with all the other Super Mario Kart tracks, return to this game. It is unlocked by getting 100 coins in the Flower Cup. You unlock the Extra Flower Cup with this. The shortcut in the middle of the track is extremely hard to execute, and, in fact, it can only be completed by a Heavy racer (unless you are super skilled in the ways of Mario Kart). This is because of the absence of the Feather Item that was in Super Mario Kart. Instead of Boos as the background, it has been changed to the Boo Lake background.

This course returns in Mario Kart Wii, being the 3rd track on the Shell Cup. It still retains its original behavior, such as railings that fall off when hit. There are spinning circles of item boxes, behaving like ghost circles. The Staff Ghost uses King Boo on the Spear.

This course and Moo Moo Meadows are the only courses in Mario Kart Wii that never had a tournament take place on it.