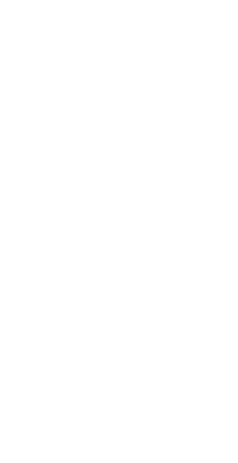 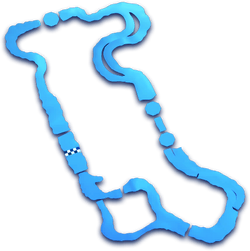 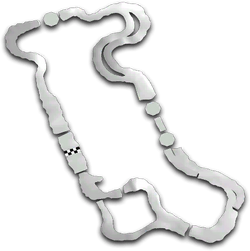 In Mario Kart 8, the staff ghost kart setup is Roy riding the Badwagon with Off-Road wheels and the Super Glider.

It is a track surrounded by huge rocks with ? blocks and bricks and volcanoes. It is also one of the two tracks to have Fire Snakes as hazards (the other one being DS Desert Hills). The track's layout is going around a volcano. During the second lap, the track starts to fall apart, and by the last lap, there is barely any track left. Most of the track will fall into lava and it gets very tricky to drive on. Additionally, Lava Plumes erupt from the areas where the fallen ground used to be.

There are Fireballs shot from a volcano and Fire Snakes emerging from warp pipes. Moving plates also appear. You go inside part of the volcano for part of the course. This track features many "forks in the road" (there are two places where the path splits but then meets back up again) and two substantial optional jumps.

This track is oddly very similar to Bowser's Castle's, in both music selection and track layout. There is a well-known ultra shortcut which allows you to complete the race in under a minute. If you can get up on the rock on the left of the starting line, and drive around it three times correctly, it completes the race.

Grumble Volcano returns as the third track of the Lightning Cup. This course, like all other courses, has better shading and graphics. Also, Morton Construction has now taken over the volcano, with blocks and signs posted near the entrance. There is now a gliding pad after the cave and the cliff above the last dash to the finish line. The popular shortcuts from Mario Kart Wii now do not work anymore.

The course in Mario Kart Wii.

Dry Bones near the finish line.

Dry Bowser inside the volcano, after the crumbling road and tunnel. 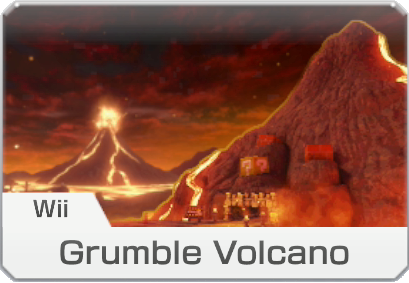 Peach near a gliding ramp.