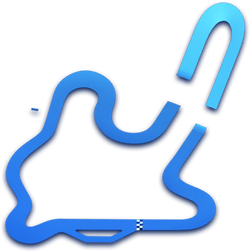 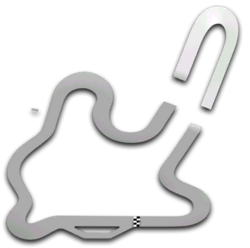 Mario Circuit is the first track in the Flower Cup in Mario Kart: Super Circuit and the second track of the Shell Cup in Mario Kart 8. The course contains winding paths such as a hairpin bend or a curling path found before the home stretch.

In Mario Kart 8, the staff ghost kart setup is Baby Mario riding the Yoshi Bike with Standard tires and the Super Glider.

It is a fairly simple course, with grass lining the track and coins scattered around. It contains winding paths, however, such as a hairpin bend or a curling path found before the home stretch.

Towards the end, players may opt to swerve a little bit off-course and take a Boost Pad, allowing themselves the reward of several coins and a quick blast towards the finish.

Mario Circuit returns in Mario Kart 8 as a retro course in the Shell Cup. The track is almost the same, if not for a graphical update and the track's hairpin lifted to a 45° angle using hydraulic lifts, therefore made into an anti-gravitational section.

It now features a starting banner with black-and-white tires around the posts, various stacked tires, and advertisements, and huts both filled with Toad and Yoshi spectators and oil cans. There are also oil slicks that the players must avoid, similar to the original Super Mario Kart Mario Circuit tracks.

Mario near a turn.

Mario at the last place.

Yoshi, Toad, and Baby Luigi racing on the anti-gravity section of the track's appearance in Mario Kart 8.

Ludwig drifting on the course.

The Stamp unlocked for beating the Staff Ghost on this course.
Deutsch
Community content is available under CC-BY-SA unless otherwise noted.
Advertisement