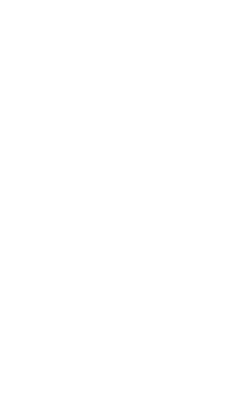 It is a straightforward course, although with some enemy obstacles such as Chain Chomps. The track's overview is slightly similar to Figure-8 Circuit from Mario Kart DS, having two main bends and two straight stretches. The course is in Toad Town since Princess Peach's Castle can be seen near the beginning of the course. Some supporting characters from the Mario game series appear as well, watching the race in session in Toad Town: Hammer Bros., Shy Guys, and Sledge Bros. Of course, other characters serve as obstacles within the course such as the Goombas or the Chain Chomp. This is also where the Award Ceremony takes place at the end of any race or cup.

Competitors start out the race in the town, going downhill through a straight stretch. On the straight stretch is the first set of item boxes, laid out straight just like the other courses. Audience members, such as Shy Guys and Hammer Bros. can be seen on the left and right side of the straightaway, waving at the racers. On the first curve to the left are a few Goombas who waddle on the road, spinning out any players who come in contact with them. After some Goombas is a little twist in the roads and another set of item boxes.

On the left turn after the overhang is a few item boxes moving from left and right, unlike the stationary item boxes are seen earlier. The path is very straight until a curve left, which has some more Goombas waddling around as seen in the very first stretch of the course. After the curve and the Goombas is another straight road, and if the players continue driving straight, they'll see the finish line and start the cycle again.

When you finish either a Grand Prix or finish a VS game, the Awards Ceremony is located in Mario Circuit. You either be in the middle of the road on the 1-2-3 platform or on a hill with the 4th-12th players (in Battle, you either dance with your players or sit on the hill with your other 5 players.

Rosalina racing on the track in 1st place.
Add a photo to this gallery
Retrieved from "https://mariokart.fandom.com/wiki/Mario_Circuit_(Wii)?oldid=74461"
Community content is available under CC-BY-SA unless otherwise noted.