Start a Wiki
Nintendo (任天堂), officially known as Nintendo Co., Ltd. (任天堂株式会社), is a Japanese video game and electronic-producing company based in the Nihon city of Kyōto (京都). Founded back in the 1800s as a playing-cards manufacturer, Nintendo has grown to be one of the most recognizable gaming companies around the world, producing legendary series such as The Legend of Zelda, Super Mario, Star Fox, Pokémon, and many other titles.

A little more than a 100 years after its founding, Nintendo released an outstandingly popular and best-selling offshoot of the Mario franchise, the Mario Kart series. Players could race as characters from the Mario universe in circuits filled with Items and mayahem, and the series is still going strong after all this time.

As of today, Nintendo is the 3rd most valuable company of Japan, valued at $85 billion US dollars, and it continues to release countless, quality-made games on its multiple consoles, the newest being the Nintendo Switch.

Founded on September 23, 1889 by a Japanese entrepreneur named Fusajiro Yamauchi (山内 房治郎), Nintendo was originally a company that focused on marketing and producing a card game known as "Hanafuda" (花札), and although their primary product has changed greatly, they still manufacture and promote the game in Japan.

Starting in 1963, Nintendo saw that the market for playing cards just wasn't that large and decided to try their luck in other areas, such as hotels, taxis, TV shows, and other ventures. When all of these failed, Hiroshi Yamauchi (山内 溥), Fusajiro Yamauchi's grandson, moved the company towards toy-making, and in 1973, they were mainly focused on the "Laser Clay Shooting System" game. Because of the costs of this, however, Nintendo eventually moved to what they are known best for: video games.

The initial arcade games that Nintendo distributed or created were decent on their own, but it wasn't until Shigeru Miyamoto (宮本 茂), who joined the company in 1977, pushed Nintendo forward and into the limelight with Donkey Kong. From that point on, the Japanese company's fortune was found in the video game industry, and numerous games were released for the systems that created.

Satoru Iwata (岩田 聡) ran the company with honor until his death in 2015, and he was followed Tatsumi Kimishima (君島 達己), the current president. Nintendo after 128 years still yields quality games, and it looks like they'll continue to do so for many years.

Of course, we have to feature the Mario Kart series first in this article, because it IS after all the Mario Kart Wiki! Mario Kart is a spinoff of the most popular Nintendo franchise, Mario, and it's basically a bunch of racing titles that feature locations, characters, and Items from the main series. This is easily one of Nintendo's most prized and also bestselling franchises of all time, mainly because of its ease of play, memorable tracks and Items, and its overall fun-ness. Here' a look at the titles, starting with Super Mario Kart from 1992...

Below is a list of some of Nintendo's greatest franchises ever created. Most of them still continue to add new instalments periodically, and the ones that don't can easily be revived. To look at the entire list of Nintendo series, please follow this link.

Nintendo has released many gaming devices throughout their long history, and each one builds upon the technological capabilities of the last one. The latest is the Nintendo Switch, which actually bridges the gaps between home and hand-held console. (Note: the list below includes the main variants of some consoles, but not all of them. For a complete list, click here.

The Official Seal of Nintendo, seen on just about anything they produce. 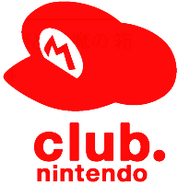 Nintendo Power, a discontinued video game magazine for Nintendo games (this one showcasing Super Mario Bros. 3).
Add a photo to this gallery

Retrieved from "https://mariokart.fandom.com/wiki/Nintendo?oldid=54594"
Community content is available under CC-BY-SA unless otherwise noted.