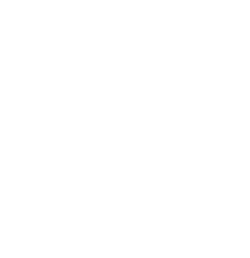 Sherbet Land is the second track in the Star Cup in Mario Kart 64. It is very icy, and there are penguins that slide around, blocking the karts - this is most dangerous in the cave about halfway through. If players fall in the icy water, they become frozen and have an extended recovery time, costing many seconds. it is the sequel of Frappe Snowland and has the same music. This track returns in Mario Kart Wii with the extended recovery removed and it also has a staff ghost of Baby Luigi in the Quacker and the Blue Falcon.

The track starts out with a simple turn to the right. There is a giant Penguin that players cannot reach. You will see some other penguins that slide on the ice, trying to block the karts. The penguins make some very weird noises. After that, there are some cracks that you can either choose to drive around them or jump over them. After the cracks, there is a big boulder that splits the paths. And well, you guessed it--left or right doesn't matter. Then, you drive straight and into a cave. But there are some penguins blocking the entrance of the cave, so be careful. In the cave, you will start to drive on snow, but not ice. There are some arrows in the cave, telling you which way to go. There are some pillars with penguins walking around them. But they do not slide, they just walk around. When you exit the cave, there are not too many obstacles to worry about but penguins, and after one more left turn, the finish line.

The course returns in Mario Kart Wii, with some changes done. The water is more blue, with improved graphics. The Penguins no longer make annoying noises and just makes sound effects. If you choose to go right where the boulder is at, there is a dash panel ramp. There is a dash panel next to the first pillar when you enter the cave. When you fall into the water, you still get frozen, but your ice breaks when you touch the ground, whereas in the original, you had to wait an hour and 19 seconds and the characters in the character selection were frozen too.