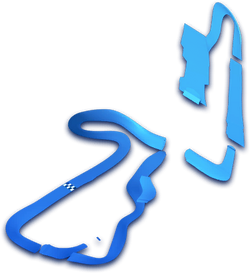 Shy Guy Falls is a track that appears in Mario Kart 8. It is the lastest course in the Flower Cup. It is based on Yoshi Falls.

The first portion of the tracks curves around before an anti-gravity section starts along the waterfall. This takes you down the waterfall leading to a hang glider section which then leads to a cave. There are two options where you can either go over the original path into a little cave above (which is generally faster than the bottom route). While going through the mines you can hear hardworking Shy Guy's singing along to the tune while they mine for crystals. After that, you make a few more turns and then you get to the finish line.

Retrieved from "https://mariokart.fandom.com/wiki/Shy_Guy_Falls?oldid=34969"
Community content is available under CC-BY-SA unless otherwise noted.