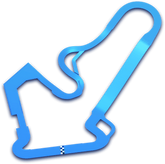 Toad Harbor is the second track of the Flower Cup in Mario Kart 8 and Mario Kart 8 Deluxe. This course takes place in a seaside toad town with some similarities to the city of San Francisco. It also features a statue on an island off the harbor featuring Princess Peach as Lady Liberty.

The Staff ghost kart setup is Toadette driving the Cat Cruiser with Retro Off-Road wheels and the Plane Glider.

The course is a scenic race based through a Harbor and has parts similar to Shy Guy Bazaar as it has the market stalls that can be driven upon. As like any other new race in Mario Kart 8, it gets a good share of anti-gravity action just before the downhill approaching the finish line.

There are three known alternate paths, one to the side of the finish line, one after the market stalls and another after the downhill approach. It used to be battle stage, but was removed in the Deluxe version of this game.